Clustering was introduced to provide scalability and high availability. The clustering described in this article is shared storage clustering, where in nodes belonging to the cluster have access to a common storage.

Deduplication is a very CPU and memory intensive process. With many clients accessing the system, the performance of the system can be limited by high CPU usage, primarily due to hash (fingerprint) computation of data blocks and/or compression of data blocks

In a QUADStor cluster there are three kinds of nodes

When a client node receives a write command, the client node computes the hash fingerprints for the newly received data blocks and communicates this information to the controller node. The controller node validates the write request and based on the fingerprint information instructs the client which blocks are unique and where to write the unique blocks, which are duplicate etc. 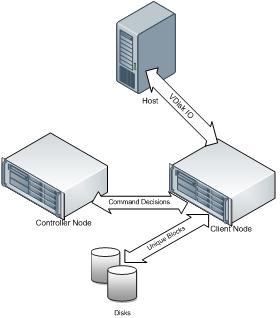 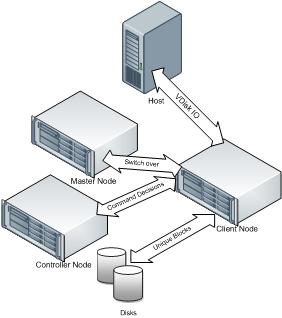 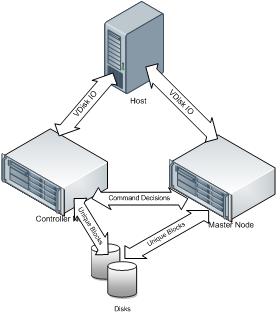 If the controller node fails, the host continues IO to/from the master node